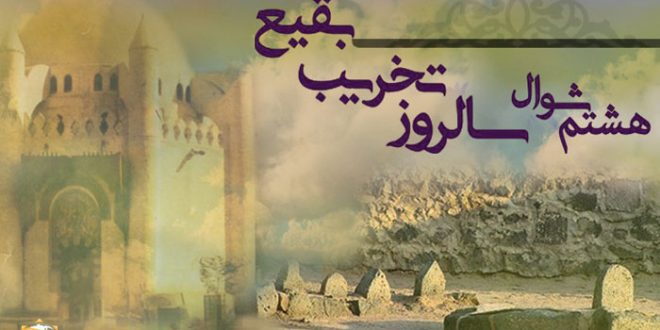 In a statement on Monday, Al-Kaabi urged the Saudi government to restore the shrines of Shia Imams (AS) in the cemetery. He also called on international organizations and Muslim and Arab countries to pressure Riyadh to do so, Al-Sumaria News reported.

Demolition of Al-Baqi’ refers to the event of demolition of historical and religious graves and shrines of Al-Baqi’ Cemetery by the Wahhabis of contemporary time. Wahhabis destroyed places and graves in Al-Baqi’ two times, once in 1220/1805-1806 and the second time in 1344/1926. Many Shia Muslims hold gatherings, remember the event and mourn on the 8th day of the lunar Hijri Month of Shawwal which is known as Yawm Al-Hadm (Day of Demolition).