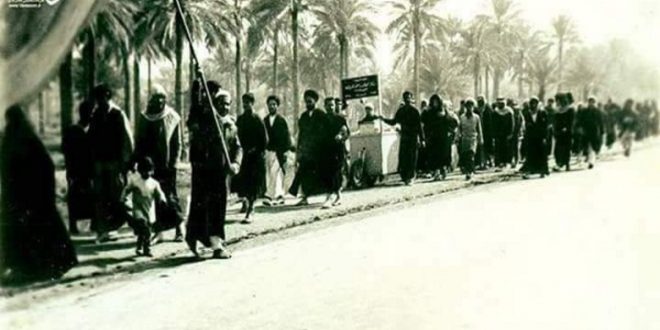 The governor of Najaf in Iraq said a special plan has been devised for ensuring the security of those taking part in the annual Arbaein march later this month.

Luay al-Yassiry said on Wednesday that the plan will be implemented with the participation of the Iraqi army, police forces and Hashd al-Shaabi (Popular Mobilization Units), Mawazin News reported.

He added that the plan will be implemented to ensure the security of the pilgrims of Imam Ali (AS) holy shrine in Najaf and those who march from Najaf to Karbala in Arbaein.

Also, Iraqi National Security Service Chief Abdel-Ghani Al-Asadi said on Wednesday that all necessary security preparations have been made for the Arbaein march and the upcoming parliamentary elections in the country.

Many of them walk all the way from Najaf to Karbala.

Due to the COVID-19 outbreak, Baghdad decided to bar all foreign pilgrims from visiting Iraq for last year’s Arbaein.

This year, Arbaeen falls on September 27.

There have been no words as to whether foreign pilgrims will be allowed to take part in the religious event in Iraq this year.

Iraq has agreed to allow 60,000 Iranian pilgrims to visit the Arab country during the …