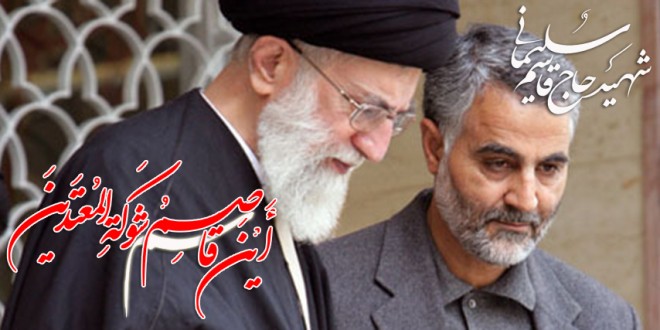 Hundreds of thousands of mourners packed the streets in Iran’s southeastern city of Kerman, the hometown of Lt. General Qassem Soleimani, to attend a final funeral and burial rituals for the top commander.

The remains of General Soleimani and one of his companions Major General Hossein Pourjafari, who were martyred in a US assassination operation during a visit to neighboring Iraq, arrived at the Kerman airport, following massive funeral processions in the Iraqi cities of Baghdad, Karbala and Najaf as well as the cities of Ahvaz, Mashhad, Tehran and Qom in Iran.

Chants of ‘Death to America’ were ringing out across the city, with mourners carrying the portraits of the national hero.

The late commander of the Quds Force of Iran’s Islamic Revolution Guards Corps (IRGC) will be laid to rest in his hometown following the funeral procession.

US President Donald Trump ordered a US drone strike early Friday on General Soleimani’s motorcade upon his arrival in the Iraqi capital at the invitation of the Baghdad government.

In a message on Friday morning, Leader of the Islamic Revolution Ayatollah Seyed Ali Khamenei warned that harsh revenge awaits the criminals behind the martyrdom of General Soleimani.

Ayatollah Khamenei also reminded all friends and enemies of the Iranian general that the resistance path will continue vigorously, stressing that continued battle and ultimate victory will disappoint the murderers and criminals.