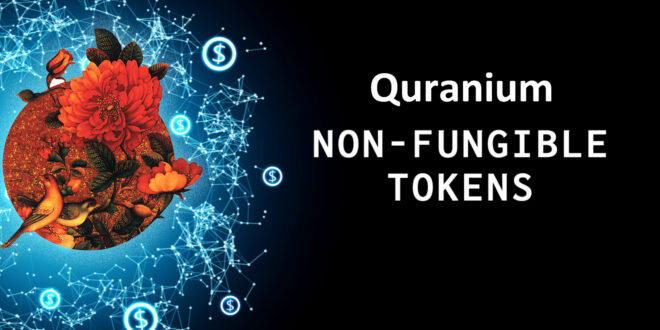 Quranium Publishing presents its works in the form of Non Fungible Token or NFT.

Quranium Publishing presents its works in the form of Non Fungible Token or NFT. While announcing this news, the director in charge of Quranium Publishing said that for the first release of the institute’s products, a  PDF file of the Holy Quran with the handwriting attributed to Imam Hassan Mojtaba PBUH as a Non Fungible Token or NFT at a gift price of $ 114 million for the reconstruction of the holy shrine of Imams of baqia  It sells. Hamid Rabei, in charge of Qur’anium publications and the executor of the plan to revive the manuscript and recreate the works attributed to the Imams in the Central Library of Astan Quds Razavi  added this unique copy of the Holy Qur’an after reviving the manuscript attributed to Imam Hassan Mojtaba (as) from the Qur’an No 13 of the Central Library  Astan Quds Razavi has been recreated for the first time.   Read more  …

Rabei pointed out that this amount will be deposited in the account that belongs to Astan Quds Razavi and will be spent at the appropriate time to implement any plan approved by the Holy Shrine of the Imams of baqia  for the reconstruction of this historical and religious complex. However, before this, Quranium Publications has prepared a plan for the Grand Mosque of Thaqalain in this regard.

A Non Fungible Token , or NFT, is a rare and unique digital asset on the Chinese blockchain. Computer game items, collectibles, digital artwork, tickets to various events, domain letters, a house that is a token and can be considered as a Non Fungible Token or NFT.

Rabei described the field of peer-to-peer tokens as the future of the world art economy, adding that when a digital work of art is sold as a Non-Fungible Token NFT at Christie’s for $ 69.3 million at Christie’s auction, art activists need to take a holistic approach to art economics.

He added that the work, which is called Every Day: The First 5000 Days and was created by Beeple, contains only 5,000 digital images that Beeple has created over the past 13 years and is now owned by a Non Fungible Token has auctioned off more than 69million$ at one of the world’s most prestigious auctions.

He pointed out that Iran has been called the cradle of world civilization because of its culture and art for several thousand years, and this opportunity exists for all artists and art owners, including museums and libraries in this region, to display their works of art. He presented to the world in this format.

He described the Iranian works of art presented in the form of  non Fungible Token or NFT tokens as a handful and added: “Unfortunately, the familiarity of artists and owners of works of art in this field is very limited and lower than its high potential in Iran.”

It should be mentioned that before this, the Central Library of Astan Quds Razavi, for the first time after reviving the manuscript attributed to the Imams and the Holy Prophet (PBUH), has recreated and published 12 copies of the Holy Quran and several other works with his handwriting Insults and movements of evil currents in recent years in different countries to the Holy Quran and other Islamic holy places have been the motivation for the formation of Quranium publications.