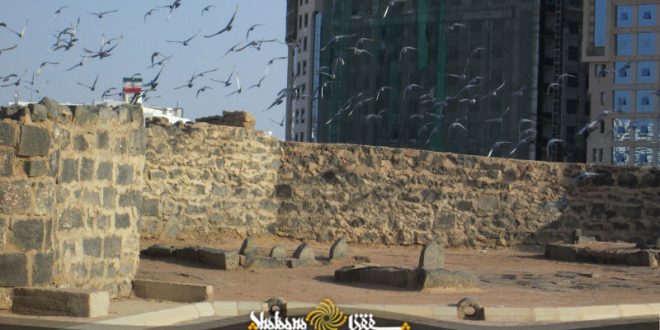 Bahrain’s Islamic Action Society said: “On the 8th of Shawwal, the International Day of Al-Baqi ‘, we call on the Islamic Ummah to take a stand in this area and demand the construction of the Jannat Al-Baqi’ Foundation through activities and efforts.”

In a statement published yesterday, the Bahraini Islamic Action Society condemned Al-Saud’s attempt to destroy the tombs of the infallible Imams (A.S). The statement reads: The holy shrines and monuments of the Prophet (PBUH) and the Infallible Imams (AS) during the centuries and generations have been a deep source of religious and cultural identity among all Muslims in general and for the Shias of the Ahlal-Bayt (A.S) in particular, and have a special place among the people. These shrines are the means of spiritual connection with the sky (God), their owners, their history, values, ethics, movements and sacrifices in the color of the life of these nobles.

Undoubtedly, the colonial forces established the Wahhabi movement to question the sanctity of Muslims and to encroach on holy shrines and sanctities, and they were aware of the centrality and importance of these shrines in the identity of the Islamic Ummah and its cultural and worthy mission. Thus, Wahhabism destroyed Baqi’ and invaded Karbala, besieging Mecca and Medina, looting the precious and valuable items of the Prophet’s shrine, and serving the enemies who had created Wahhabism.

Baqi’ and the holy shrines represent the identity and history of the Ummah, and the battle for its survival and construction is a battle for the religion and belief of this Ummah. On the 8th of Shawwal, the International Day of Al-Baqi’, we call on the Islamic Ummah to take a stand and, through activity and effort, demand the construction of the Jannat Al-Baqi’ building and revive the holy shrines so that all Muslims are allowed to visit these holy places and we say that Baqi’ is alive inside the Ummah and will never die.

This news is originally published by Hawzah News Persian  and translated by Shafaqna English.