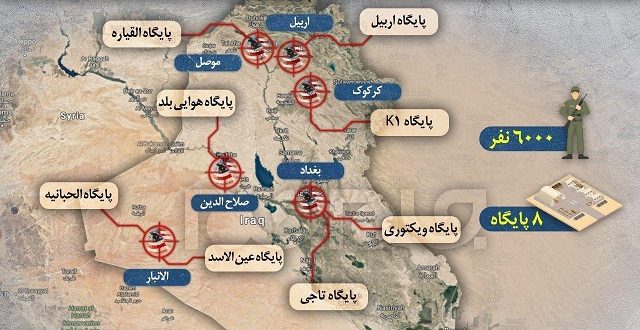 Iran Attacks US Airbase in Retaliation for Assassination of Gen. Soleimani

“Tens of surface-to-surface missiles” were fired at the strategic airbase and the attack was later confirmed by the US officials.

The IRGC has called for a complete withdrawal of US troops from the Arab country, asserting that it would not differentiate between the US and Israel in retaliating against the assassination of the Iranian national hero.

The IRGC added that it would release more details about the strike, Press TV reported.

The strike comes as no surprise since Iran had vowed to take a “harsh revenge” in the wake of the US terror attack.

Sirens were reportedly heard and American helicopters flew over the airbase and the total alert was activated.

US President Donald Trump was being briefed about the retaliatory strikes.

“We are aware of the reports of attacks on US facilities in Iraq. The President has been briefed and is monitoring the situation closely and consulting with his national security team,” White House spokeswoman Stephanie Grisham said in a statement.

The Pentagon claimed that it would take necessary measures to protect the US military forces amid heightened tensions in the region.

“We are working on initial battle damage assessments,” Pentagon spokesman Jonathan Hoffman said in statement, adding that the bases targeted were at al-Assad air base and another in Erbil, the capital of Iraq’s semi-autonomous Kurdistan region.